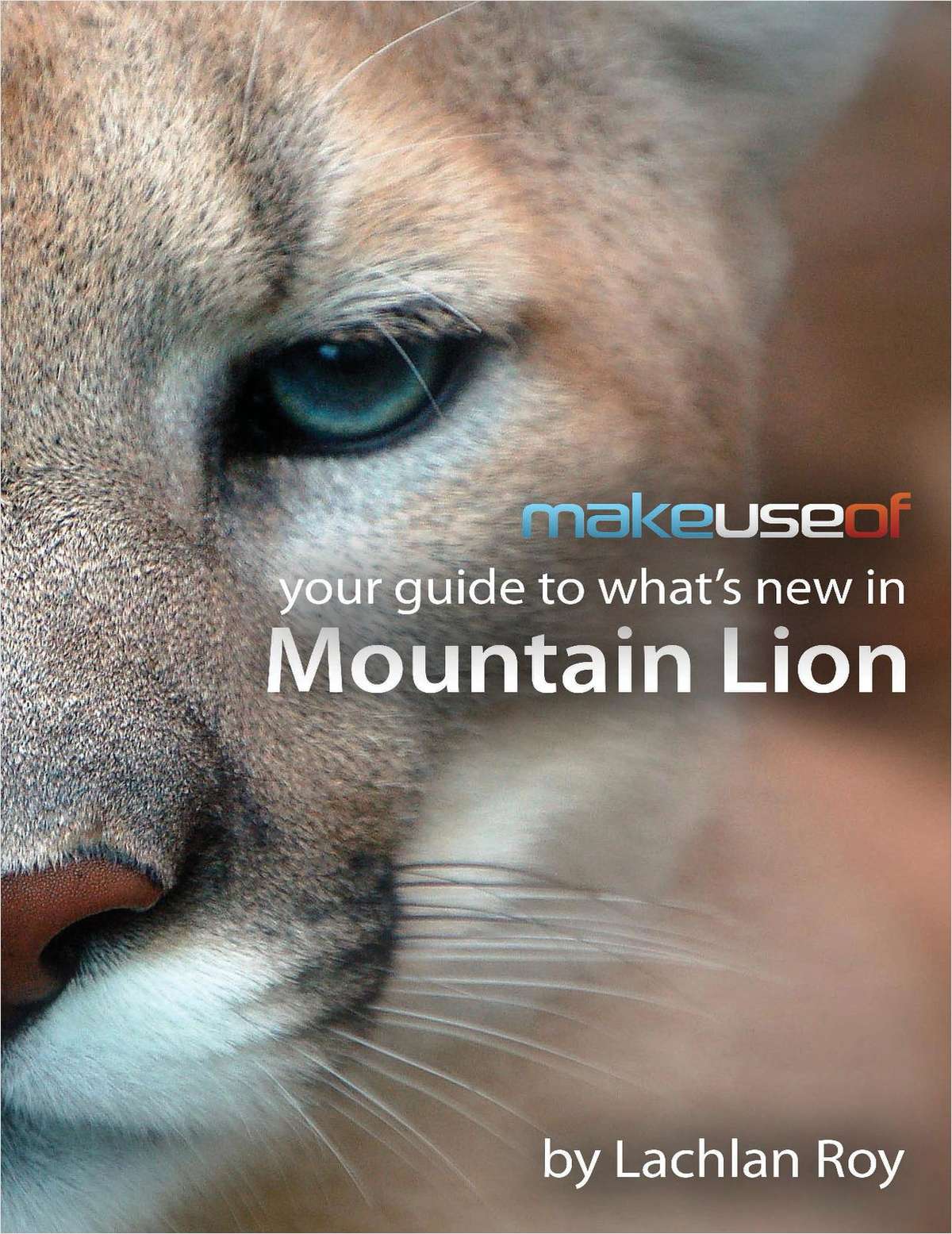 "Your Guide to What's New in Mountain Lion"
DOWNLOAD NOW

Mountain Lion, Apple's newest OS, offers changes and updates to the system's features, making it leaner and meaner than previous releases.  Ever since the introduction of the iPhone (and the iPad a few years later), people have increasingly been introduced to the Apple ecosystem first by an iOS device, not a Mac. Apple’s biggest selling point is that its products all work together and work consistently. For many first-time Mac owners (whose first Apple product was an iPhone, iPad or iPod Touch), “consistent” means that when they move to a Mac it works just like the iOS device that they’re used to. Apple pointed to this trend in Lion (the previous version of OS X), but Mountain Lion takes it that much further, and brings OS X and iOS together as seamlessly as possible.

So what does Mountain Lion bring to the table? What’s new? Read on to find out.