on TradePub.com for readers like you. LEARN MORE
Information Technology > Storage > Backup Software 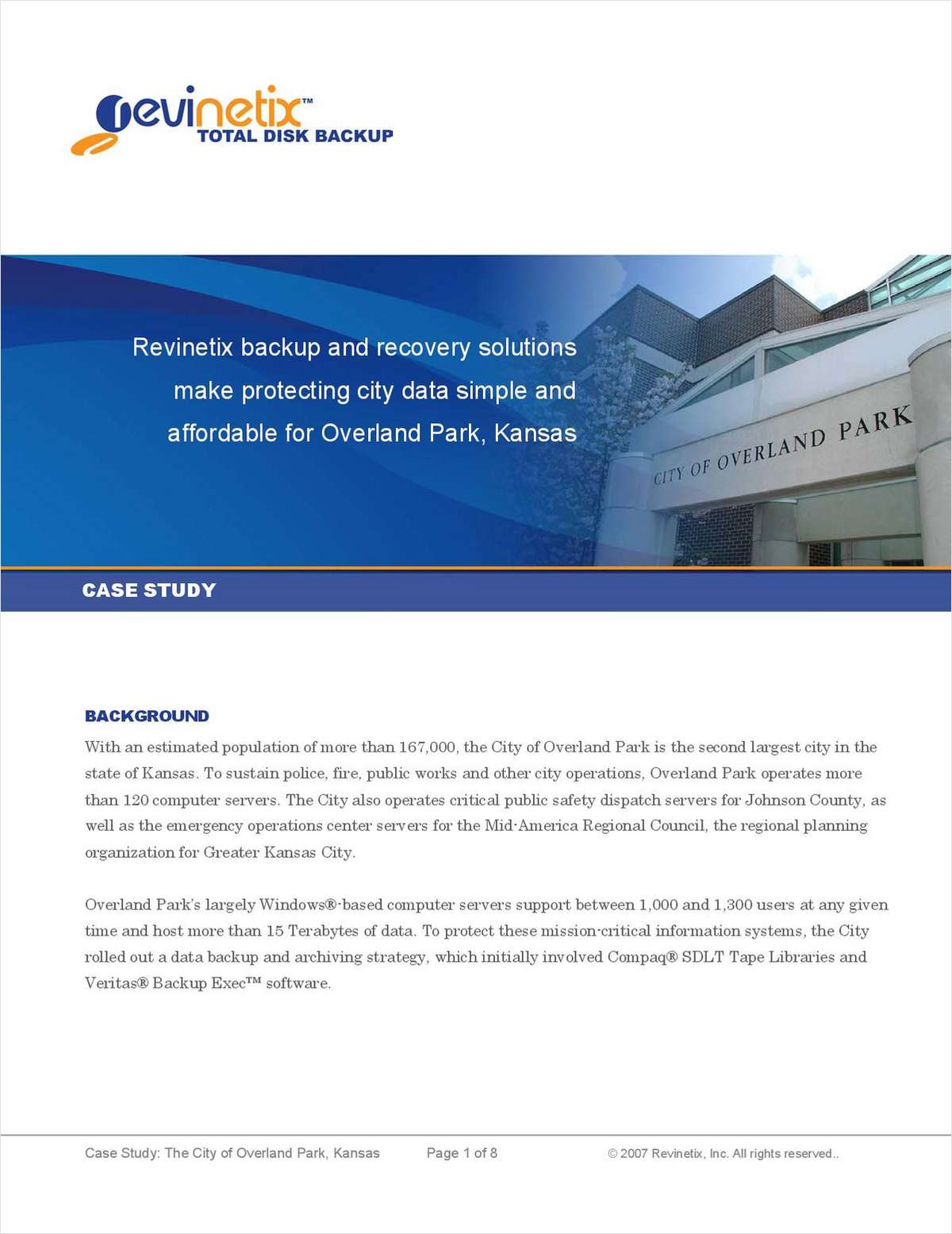 Learn how Overland Park, Kansas used low cost and easy to use Revinetix Data Protection solutions to protect their mission-critical information systems and get their backup strategies in place.

With an estimated population of more than 167,000, the City of Overland Park is the second largest city in the state of Kansas. To sustain police, fire, public works and other city operations, Overland Park operates more than 120 computer servers. The City also operates critical public safety dispatch servers for Johnson County, as well as the emergency operations center servers for the Mid-America Regional Council, the regional planning organization for Greater Kansas City. Overland Park's largely Windows-based computer servers support between 1,000 and 1,300 users at any given time and host more than 15 Terabytes of data.